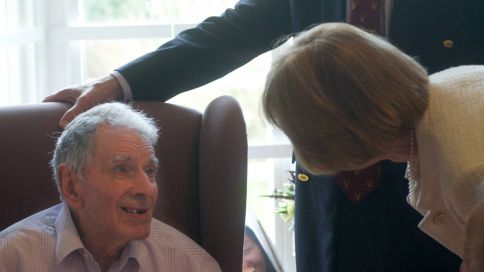 Mr Bissett an RAF veteran parachuted from a plane at the end of the Second World War without any training to fix radio communications in Holland. He was born in Exeter and worked as an engineer in the RAF for several years before moving to Jersey with his wife Kay, spent the majority of his career working for life insurance company Prudential.