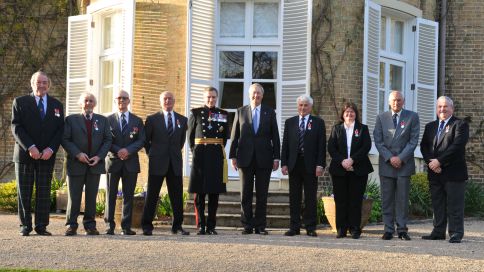 Seven long-serving honorary police officers were honoured at a ceremony at Government House last week.  The volunteers were awarded either the Honorary Police Long and Meritorious Service Medal, given when offices have served more than 12 years or a “bar” to that medal showing that they have spent more than 21 years working for the organisation.

Maurice Gotel, a Centenier and Chef de Police for St Martin, received both a medal and a bar.